A car brand is often used to identify the personality of the car owner. The brands and models speak of the owner’s taste, affluence and sometimes needs. That is why various automakers take details into consideration when crafting various cars just to ensure it is tailored to the personality of its owners. Mercedes is one of such. The well respected brand in automobiles stand for grace, style, safety, performance, efficiency and German engineering marvel.

To this effect, Mercedes-Benz debuted its redesigned CLS four-door coupe at the Los Angeles Auto Show yesterday, revealing a new electrified engine and a fifth seat for the high-performance sports car. The new CLS draws its power from a new, 362-horsepower turbocharged engine – a straight six-cylinder – and a 48-volt onboard electrical system that adds another 21 horsepower from an integrated electric motor Mercedes calls EQ Boost. Using EQ Boost, the new engine delivers the performance of an eight-cylinder engine while consuming less fuel. The Mercedes CLS launched in style in 2005 as a breathe of excitement to the Sedan class and has since been developing on performance, power, design and sophistication. In fact, it was the trigger for the entrants of other ‘four door coupes’ like the BMW and Audi into the automarket. The CLS has always been a major seller for Mercedes at least till 2011 when it made its last redesign. Shortly after that, it started loosing to its competitors but with the new design that debuted yesterday, we can expect that it would come back on track pretty fast thereby holding its place as the trailblazer for the sedan coupe segment. For those who want their cars to announce their entrance for them in style, this one is for you. 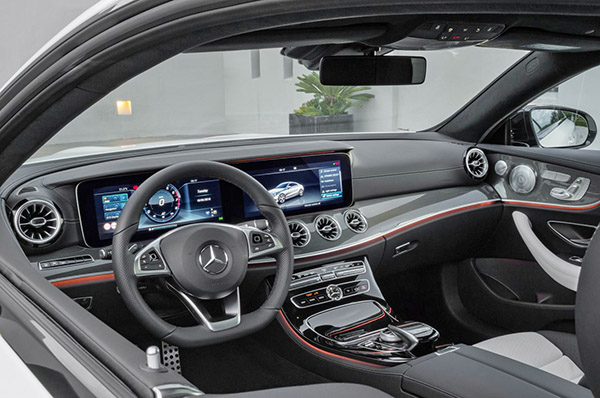 CELEBRITIES AND THEIR CARS