While having our  fill of the thrills, scandals, tragedies as well as the undiluted taste of love gone sour feeling our entertainment personalities have infused in us as we sit in front of the big screen, we have defined them according to our perceptive consciousness. From the movies, to the music, to comedies, to football and to the entertainment media. They have doled into us a bit of their radical rationale as we have them registered in our medulla. You would effortlessly find a young kid on the streets of Lagos who would recite lyrics to you without mincing words: “Ma lo se bi ogoro, Wo!” , “30 billion for the account ooo”, “ won ti gba penalty lo throw-in” .  Their songs and a juxtapose of slangs have become a habit for both young and old Nigerians.

Their personality has risen over the years as we find them defined by the gadgets and cars they acquire. Yes, cars! They have a wild taste for cars and we can rightfully say that the acquisition of cars have been the trending competition amongst celebrities in Africa and the diaspora. The celebrities in the diaspora have almost stolen our glance as they continue to grow in their vast world. From the way they trend cars in their music videos to the way they flaunt and violently destroy cars in the movies has commanded nothing but absolute rep. In this post, we will be exposing celebrities both locally and internationally and their expensive cars as well as question how they got to procure them. Not that we’re calling them thieves or drug pushers but we’ll be revealing their walk to stardom.

1. Duncan Mighty: it is no doubt that the port-harcourt first son is a name that is slightly known, his first debut was the “port-harcourt boy”  track which seem to gain nationwide recognition. He has since retreated into the shadows.

But we find the P.H first son flaunting his expensive cars on social media: A fleet of Porsche, Bentley, Ford and Benz. This is own to the fact that he’s got a slot in the state endorsement and for every entertainment gains, he must have his bank account topped-up with fattening figures. Thanks to the state government of Rivers.

He owns a porsche

He’s got a Rolls Royce to himself.

2. I Go Dye: This celebrity is barely known. I mean ask an average nigerian of a popular comedian, you’ll get names like: Basket mouth, A.Y, Kenny blaq, Bovi and Akpororo. You will hardly hear the name i go dye. Yet this comedian has done so well for himself. He owns a real estate and road construction company, he is currently an ambassador to the United Nations millennium development goal. Over the years his performanceshas earned him a place in the Nigerian comedy industry. He became a sought-after comedian by events promoters in Europe. I Go Dye completed his first European tour with Ehizoya Golden Entertainment, later with The Nigerians in Diaspora Organization of Europe (NIDOE)-France, he also performed during the UNESCO Cultural Week.

He has featured in MTV Africa Music Awards. He has also performed in opening and closing shows of various notable musicians, including Akon, Boyz II Men, 50-Cent, Rick Ross, The Game, and Kelly Rowland.  His net worth is valued at over 2. billion naira. His multi-million naira cars speak for him.

he balls in his Escalade

3. Jahbless: Olatunde Owoloye Olumoroti who is better known as Jahbless is not  only a hip-hop artiste but a record label owner and a producer as well.

After a successful convoke of artistes to feature in his ‘Joor oh’ hit-track that was embraced by all and sundry in Nigeria, he has since been controlling the musical world in a low-key state as he has produced an adequate amount of albums and has won numerous awards. He owns a Benz G-wagon, Benz C-class, Chevrolet Camaro and a Saturn Convertible to which he flaunts confidently.

Posing with his Chevrolet Camaro 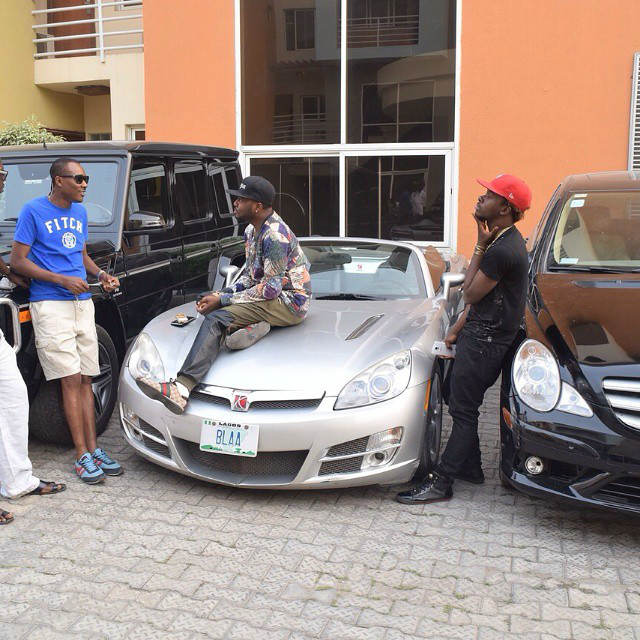 4. Timaya: Timaya is an artiste whose prestige speaks for him. The 36 year old indigenous ‘odi’ singer from bayelsa state has successfully carved a name for himself and his soldiers to which he refers to as “dem mama soldiers”. He receives gratuity from the state government of Bayelsa, a state he proudly acclaims.

In one of his songs, he made mentioned of his love for cars and how he seems to almost have them all. We stopped seeing him on our T.V for sometime but after his epic come back, he has however taken it up on his instagram page that he can never go broke again. He is undoubtedly one of Nigeria’s richest musicians. 5. Obafemi Martins: Better known as obagoal, Obafemi Martins has fueled Nigerians with a great degree of hope. The somersaulting star is known for hustling goals for the country when in dire need for it. Just recently, we found out that he supplied over 1,000 wheelchairs to the disabled association in Lagos, what an amazing patriot. We hope to see more of this charitable act in our country.

He however loves cars. As we peep into his garage, we find machines worth millions of dollars. Virtually all football lovers would wish to see obagoal included in the list of players to participate in the forthcoming world-cup taking place in Russia next year. 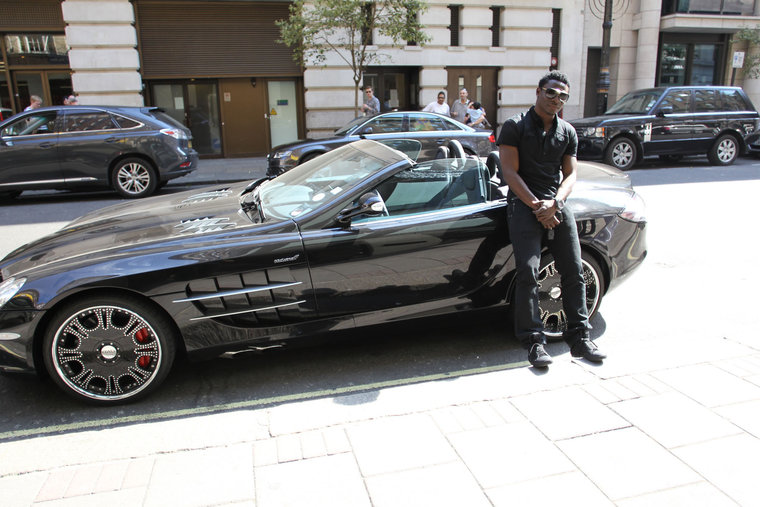 6. Amitabh Bachchan:  For the old school lovers who had a flare for indian movies, here’s something you might find interesting. Just a few of the youngsters will know amitabh and his legendary ‘Toofan, Sholay and Mard’.  His thrilling stature and voice texture was a glue to the seat for viewers during his prime.

Well, the Bollywood legend still acts but to an extent as he doesn’t have age on his side anymore. His car speaks of his outstanding personality, he rides a stunning Rolls Royce Phantom, Porsche convertible, Bentley, Lexus and a Benz. He has 11 cars in total. 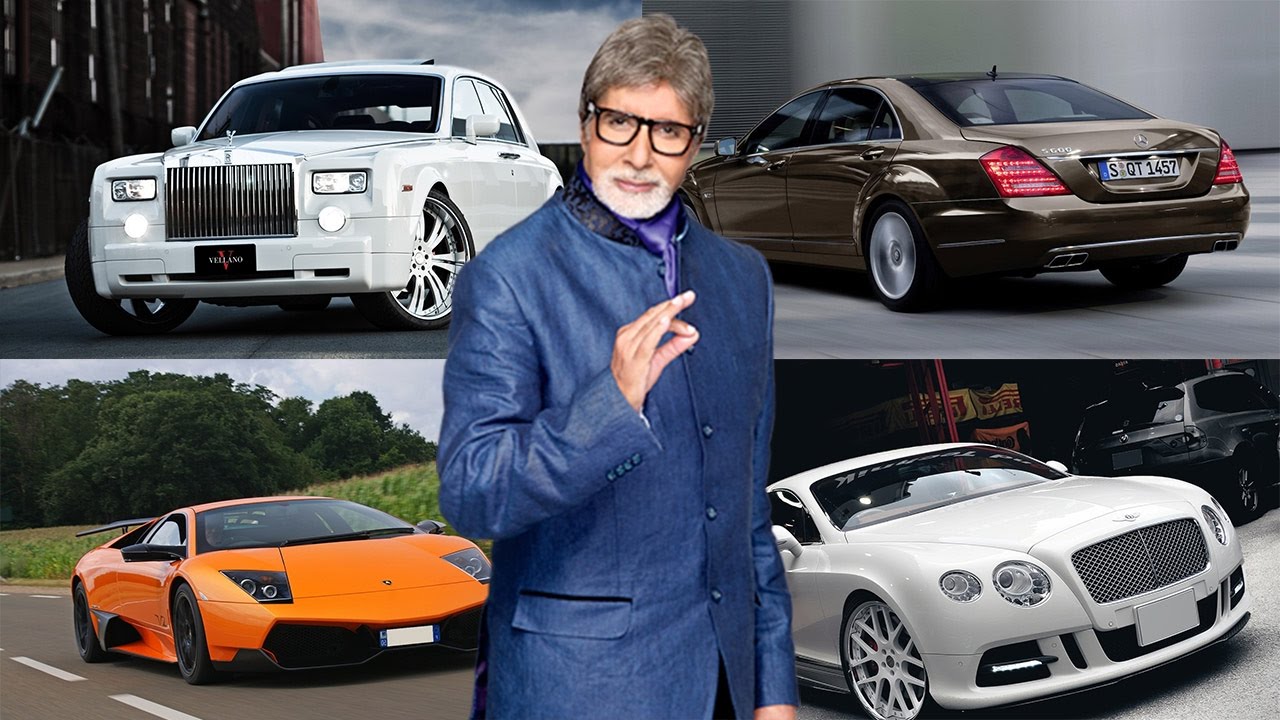 7. Kim Kardashian: For over 7 years, this hot celebrity has been on the big screen. From sex scandals to rumoured relationships with celebrity, illusioned wedding and lifestyle.

She has been a mentor to a vast majority of ladies out there as she keeps gracing the screen with her reality show ‘Keeping up with the Kardashians’ and her marriage to Kanye West is one celebrity gossip to keep up with. Her taste for the automobile machine is exemplary, she own a Rolls Royce, a Ferrari, a Range Rover, a Maserati among others. 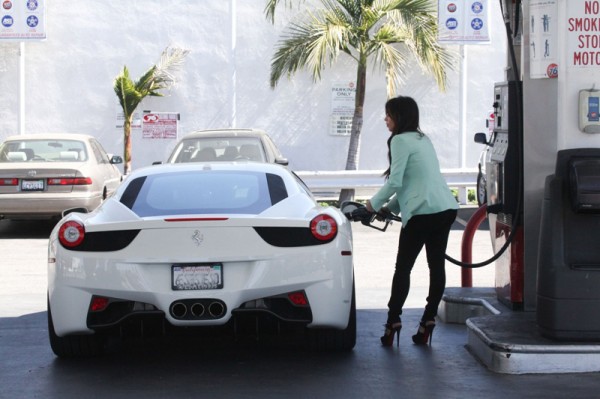 8. Leonardo DiCaprio: Leonardo is a stunning romantic actor, for every young lad growing out there, it’s best that you view the heart touching ‘Titanic’ movie that best defines true love, a movie that has become both a commercial and critical smash hit.

He has since starred in various movies that are action packed as well. The Hollywood star never gets tired of cars, he is seen riding on one car or another as his prestige never runs out of style.

Just recently, he had the Fisker Karma Lux Hybrid cars shipped to him, being the first celebrity to order the awesome machine. He has also been signed as a brand ambassador for TAG Heuer and he drives their car. 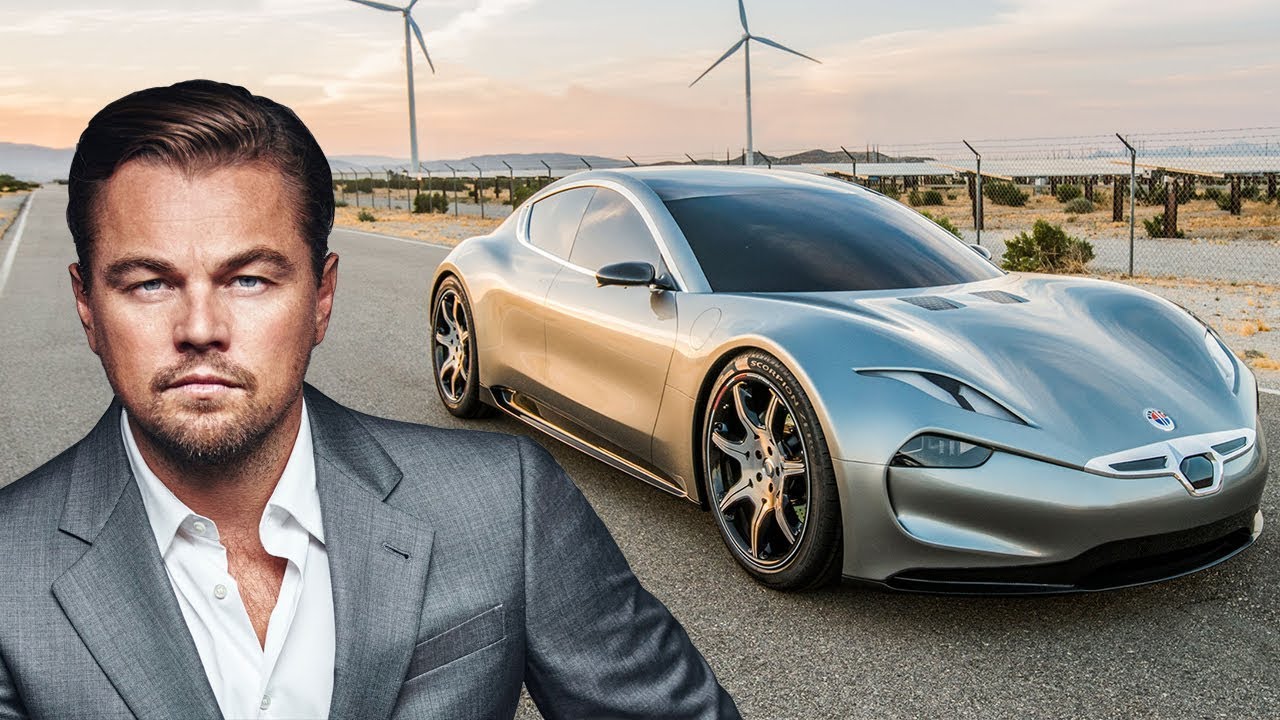 Top Car blogs in the World.

DON’T ROCK AND ROLL ALL THE WAY (DIY TIPS)