National Highway Traffic Safety Administration (NHTSA) in a recently released report on their website states that Federal regulators are carrying out an investigation on the 2010 Ford Fusion for the upteenth time. Being a model from one of the oldests car brands to ever exist, one would expect that Ford which was established and incorporated in 1903 will be getting every detail in their cars right or would be really close to achieving the feat. Unfortunately, the 2010 Fusion model has been a source of concern to its owners, Ford itself and the NHTS since 2013 when the first complaints were filed against it. This Ford model records sudden loss on its power steering and requires  increased driver effort in order to maintain directional control of the vehicle. About 2,200 complaints were recorded in total from owners coupled with the 13 accidents and seven injuries that have occurred to this regard, extents to which are not known.

Ford Agency in reaction to this recalled 393,000 of this car model in 2015 following another investigation by the NHTSA which was spurred by complaints from owners. From September 2016, an ongoing investigation was launched with the hope that Ford would have fixed the problem after the recall of the above number models in 2015. On the contrary, 547 complaints have been laid by other owners since then.The automaker blamed the fault on an intermittent electrical connection caused by quality issues. Well, Ford should not be pushing blames on any quality issues because if anyone is in a position to fix this life endangering issue, it should be Ford themselves. No one wants a car that can’t control itself, no one would need extra straining efforts when it comes to steering the wheel of their cars in any direction they desire. In any case you have the 2010 Ford Fusion in Nigeria and you never did get the opportunity of returning it for another when some were recalled in 2015, you can have a trade-in at cars45 or better still, sell it. Do it while you still can before your car steering begins to control you instead of the other way, you can thank me later. 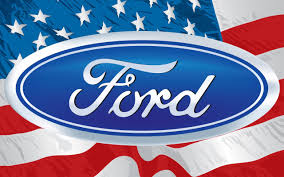 HUMANS BLAMED FOR MOST SELF-DRIVING CRASHES IN THE U.S