A head to head but unvoiced competition has been brewing between these above named cars for the top position in the compact class across all judgeable features. They have been said to look alike and perform very similar functions but a closer look or test drive will definitely reveal the clear uniqueness and differences inherent in all three. The differences are quite understandable because all three cars come from different makers and are being geared towards the same market which explains the efforts made by each maker to emerge the best and most affordable by all standards.

What is easily noticeable is that these compact cars are not so compact anymore and model after model, year after year, they have crossed into the midsize Sedan class all in a bid to outdo the other while becoming a competition instead of an alternative. Packing roomy interiors and premium features, we have decided to pit these three against each other to see which offers its users the best comfort they can ever imagine.

Despite efforts by all to increase the size of these cars from compact to midsized sedans, the Toyota Corolla remains the smallest, oldest and least in engine power with just 132 horsepower. It managed to deliver decent performance and economy as well as efficiency on the highway and around town thanks to its continuously variable transmission, but the Toyota could be felt struggling on the uphill climb portion of the competition. It has an infotainment system that just gets its job done but is not as exciting as the its competitors. What’s more? Its design is just fine not exciting which leads to it being called the most boring of all three. One thing it has over the others though is its very spacious back seat which can take three adults more comfortably than the others. Added to that, it is the most affordable of the trio and efforts are paid to its durability. Maybe that is why a good number of Nigerians subscribe to it over the others.

Tired of being the generic low-cost alternative of this class, the Hyundai Elantra is really targeting the position of the Honda Civic with its high tech infotainment and safety equipment. Top of this is its advanced driver aid-system (ADAS)which includes a  forward-collision alert, adaptive cruise control, lane-departure prevention and a blind-spot monitoring system with surprising sensitivity. These above named safety features won it a five star rating from the National Highway Traffic Safety Administration(NHTSA) in 2016. Being one of the first brands to hit the road with the Android and Apple carplay functionality, the Elantra has an interesting blend of telematic features which allows smartphone users to have more navigation and communication options.

The 2017 Elantra is however only an average performer, but it offers one of the most composed driving experiences in the class. It accelerates evenly, though its shifts are set to maximize fuel economy, not speed. Sporty roadholding isn’t a priority; instead, the new chassis delivers a remarkably supple ride. Because it has more features crammed into it than the Corolla, it logically costs more but will always remain a tough pick when being cross shopped with the efficient Honda Civic. 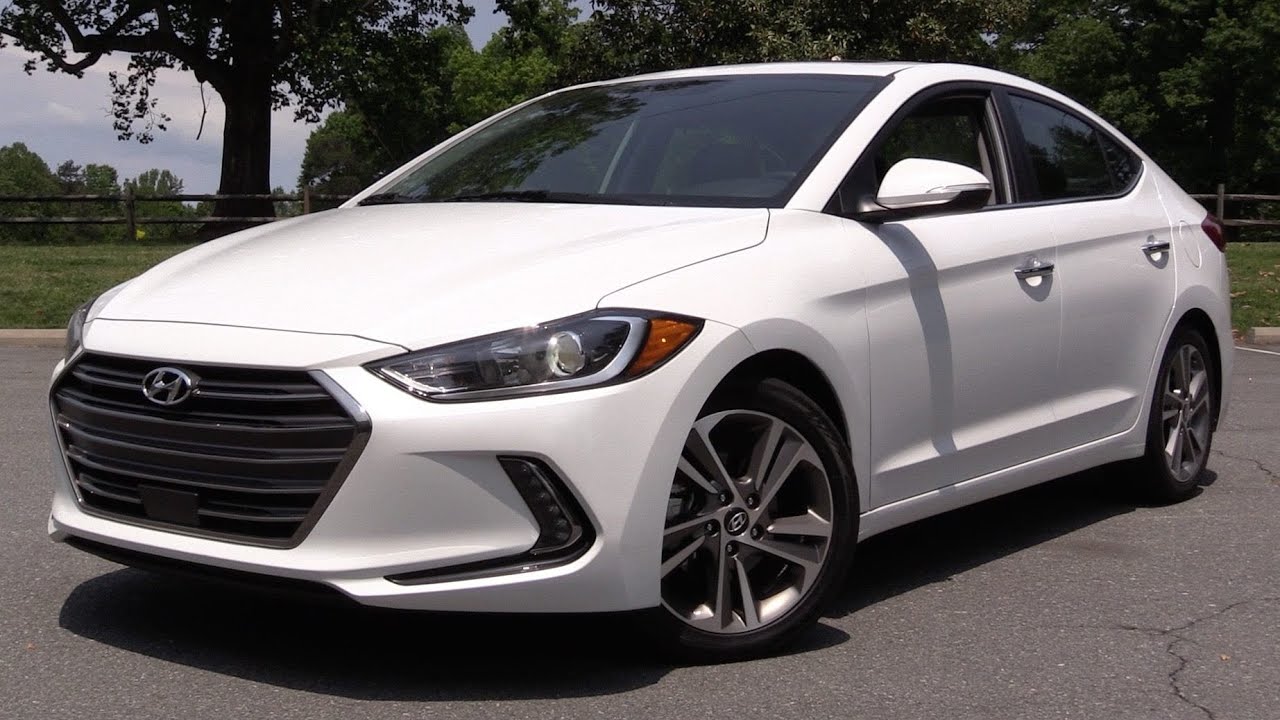 This has been regarded as the king performer for this class with its better handling, more power and off and on road riding capacity. With a 172 horsepower, its 2.0 litre engine definitely offers a lot more than the Corolla or Elantra can muster. It is also said to record the best fuel economy return both in the city and on the highway.  The new 2016 Civic is simply the best-looking model in a decade or more. The rakish fastback shape effectively hides its size by widening and lowering its proportions. The flared wheels, fast roofline, wedge-shaped tail and bracket-shaped taillights add flair, though the cabin design is more restrained. It’s also better organized, with horizontal lines and a single display replacing the tiered dual-screen design of its predecessor.

It possesses high tech safety measures and an HondaLink infotainment system similar to the Hyundai BlueLink’s. With an exterior that is better looking and an inner cabin that is topnotch as well  head and legroom that is spacious, the only thing the Honda Civic has against it is its taut suspension which could misbehave at anytime.

Want to know what happens when your car suspension acts up? Well one of the wheels especially the ones in front just go round like they are about to make a u-turn on you. Trust me once that happens to you car, it won’t be moved from that spot until it is repaired. Apart from that, the Honda Civic is a solid ride.

So, those are basic facts about your three most contentious compact class vehicles. Just maybe you’re intrigued by the features one has over the other or another seems to suit your needs better than the one you currently have does, sell your car! Cars45 will definitely perform a free car evaluation and inspection with you and then you can walk away with your cash in bank or another car you buy from us in 45 minutes.

KNOWING THE PARTS OF A CAR’S ELECTRICAL SYSTEM